“Both the SP-360 DRE and the SP-540 TRE are based on the established concept like the SP-180 SRE,” explains Karsten Schudt, managing director of Sky Power International. The two engines have displacements of 360 ccm and 540 ccm, respectively. Doubling and tripling the displacement also increases the power output of the engines. The SP-360 TRE is a twin-disc Wankel engine with up to 51 hp at 6000 rpm. The SP-540 TRE, on the other hand, is a three-disc Wankel engine. This one produces 74 hp at 6000 rpm as well. The weight, without additional modules, is 15.5 and 21 kg respectively.

As with the SP-180 SRE, the two new Wankel engines are equipped with two independent cooling systems. This is a basic requirement for a propulsion system in aerospace applications, where continuous performance is a prerequisite. Thermal stability is essential, which can be ensured by the cooling concept.

Both the SP-360 DRE and the SP-540 TRE, like the smaller SP-180 SRE, can be used with a combination of electric and mechanical drive. In the case of electric power only, an on-board battery is required as the Wankel engine generates power by means of the generator system. This electrical power can also be used as the primary drive. But a hybrid boost mode can also be used, in which the mechanical and electric drive can be combined for maximum power. Thanks to this integrated hybrid technology, a redundancy function is available to enable a controlled emergency landing in the event of a critical scenario.

Sky Power International’s Wankel engines are exceptionally lightweight as a propulsion system and require a smaller installation space than comparable two-stroke engines. Minimal radial or torsional vibration makes this engine particularly attractive when high-power optics or sensors are used in UAVs. The ability to mount these motors vertically at 90 degrees increases flexibility and is suitable for helicopter applications. “We are pleased that we can now meet high power requirements with the extended Wankel motor family,” Schudt continues. 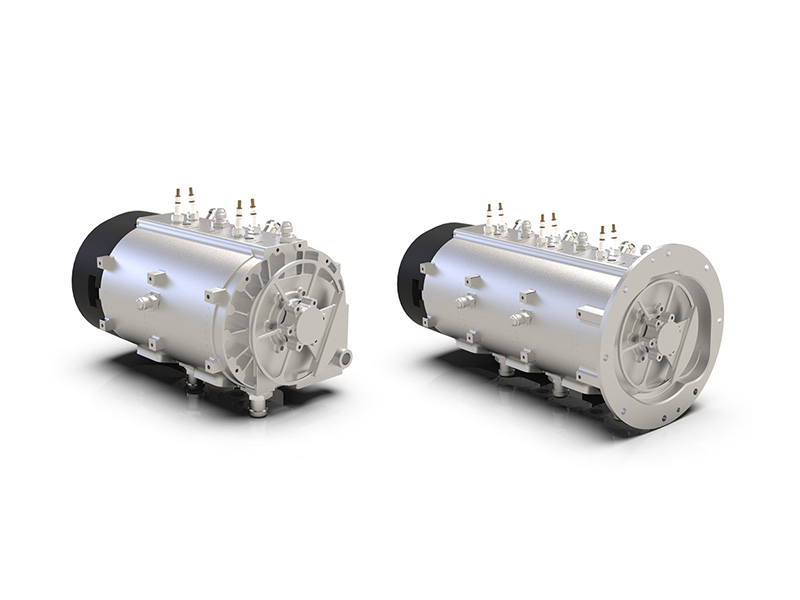